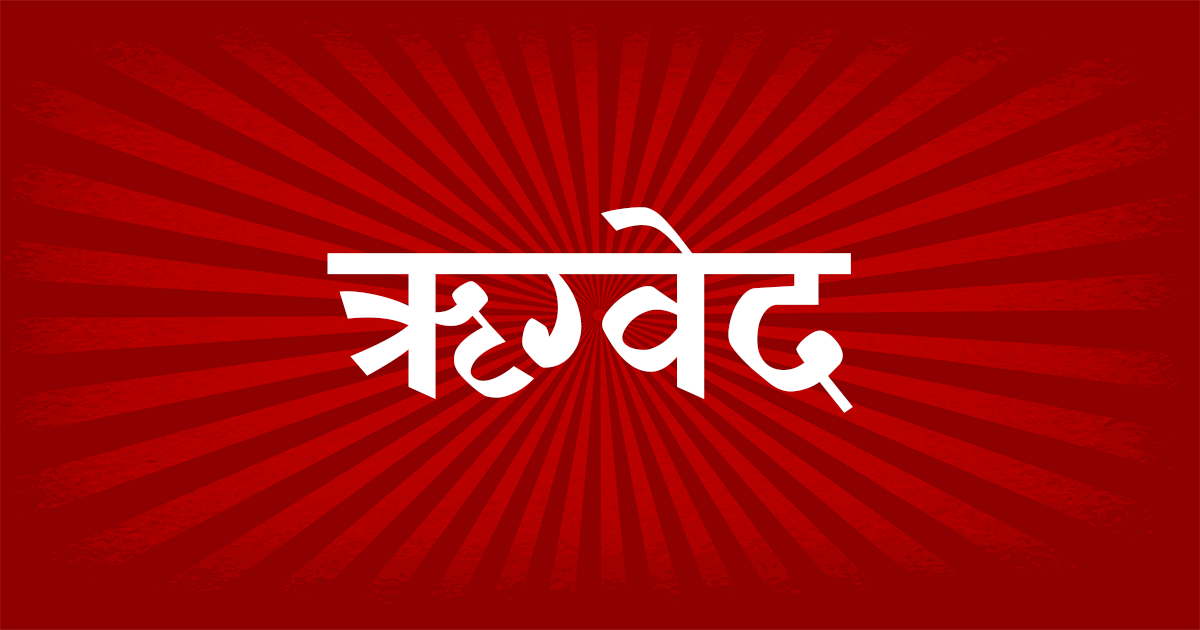 What is Veda? What is it all about? Is it old or new?
If it’s old, what is its relevance today? And if it is relevant, is it relevant to me also? Or is it relevant only to some particular community in some particular country at some particular time.
These are relevant questions especially in an age of science, democracy and globalism.
Veda is Knowledge. The very word ‘Veda’ means knowledge. It is derived from the root ‘vid’, which means: ‘to be, to know, to think, and to benefit from’.
So whatever is, is Veda, the very world of existence is Veda. The knowledge of the world of existence is Veda. The extension of knowledge through thought and research further is Veda. And to use that knowledge for the benefit of mankind with the protection and preservation of nature and environment, without hurting any form of life, that is Veda.
Veda is knowledge pure and simple as science is knowledge. Science is knowledge of nature as nature is and as it works according to its own laws. In science, there is no story, no history. Similarly in the Veda, there is no story, no history. And just as science is knowledge in scientific language free from local colour and historical variations of meaning, so Veda too is knowledge in scientific language free from local colour and historical variations. Therefore Vedic language has to be interpreted and understood according to the laws and technique of its own structure as stated by seers such as Yaska, Panini and Patanjali and as explained by Swami Dayananda in his grammatical works and his notes on Vedic words in his commentary on the Vedas.
But there is a difference between scientific knowledge and Vedic knowledge: While science is knowledge of nature to the extent that man has been able to discover it, Veda is the quintessential knowledge of all that is, including Nature, all that happens, all that we are, all that we do, and all that we reap in consequence of our action. It is the Original and Universal knowledge of the Reality of Existence and the Ideality of our aspirations, covering the facts and processes of existence, their interaction and the laws that operate in the interaction. In short, Veda is an eternal articulation of Omniscience, The Voice of God.
Vedic knowledge is classified thematically into three: Stuti, Prarthana and Upasana. Stuti is, praise, solemn reverential remembrance and description and celebration of the attributes, the nature, character and function of divine powers. Prarthana, prayer, is an autosuggestive resolution to realise our limitations and rise above those limitations by calling on Divinity for aid and blessings when we have exhausted our effort and potential. Upasana is meditation, the surrender of our limited identity to participate in the Divine Presence. Stuti implies knowledge
(Janana), Prarthana implies humility and action (Karma), and Upasana implies total love and surrender (Bhakti). So formally Vedic knowledge is divided into four:
Rgveda is the Veda of Knowledge, Yajurveda is the Veda of Karma, Samaveda is the Veda of Bhakti, and Atharva-veda is Brahma Veda, an umbrella, celebrating the Divine Presence as in Book 10, hymns 7 and 8.
Rgveda is the Veda of knowledge revealed by Parameshvara, Lord Supreme Himself. All the four Vedas were received by the primeval Rshis from That Supreme Divinity (Rigveda, 10-90-9). That Supreme power and presence is One and only one, wise sages call it by many names such as Agni, Indra, Mitra, Varuna and others.

Select the Mantra You Want!